What does it mean to lose someone?

Both women are sincere in their fear - they do not want to lose.  I understand them, I have empathy for them and I have been exactly where they are right now.  I get it.

One woman is absolutely willing to die of the disease of alcoholism because looking at what it is she needs to do move forward in her life is really, really difficult.  She will not accept certain truths - one being that an acknowledgment of a crime committed against her will be made and another being that an apology for that crime will be offered.  Her hurt over this injustice is tremendous.  Her inability to accept that there is nothing she can do to force people to acknowledge and then apologize actually has the power to kill.

The other woman is frightened that a life she brought into the world, that she has spent her adulthood nurturing and loving and caring for and teaching the Truths of the Catholic Faith will walk away and dive headfirst into a world that tells us sin doesn't exist and feelings are all that matter.  She struggles with the idea that perhaps she should give in and relent and redraw boundaries so they will be more to the child's liking.  She wonders if she is 'too' something - too strict, too demanding, too devout - and so struggles with the idea that her being 'too' will rupture the relationship and she will lose the child.

Both of these women have a lot in common and both are struggling with stuff I have also grappled with for the past 27 years.  The fear is real.  Losing a person is difficult.  Taking a step out from a comfortable hate and hurt can be so frightening as to affect one physically.  TRUSTING is the toughest thing to do on the planet and add "in God" to the equation and it can blow up your whole world.

Years ago I was challenged to forgive the perpetrator of a grievous crime.  I lost my composure when that suggestion was made to me, even going so far as to suggest that the person making it did not know what he was talking about because he is a man.  Being a man, I raged, meant he had no concept of the torture I went through, the pain it caused, the hurt I hold and how that act had molded me in such a twisted way that I continued to make foolish choices based on that one moment in my life.

The man said two things to me that stopped me in my tracks:

2.  The guy that did that to me cannot remember my name or my face.  Me?  I am allowing him to control my life and my life choices.

Later, years later, I was told that my devotion to Truth and outspoken love for my religion was driving people away from me.

My response was to look closely at how I was evangelizing and to learn how to do that better.  I also made it very clear to the person giving me that information that I was not going to walk away from The Eucharist so they could feel more comfortable around me.

As a result, people who had just weeks earlier told me they loved me walk away from me.

You will never know how much it hurt.

All of them are in my life today.

What changed?  Me?  Sure.  As I said I went out of my way to improve my communication techniques.

I have no idea.  I don't ask.  I simply greet them with a kiss and go about my business.  If they are there when it is time for dinner, fabulous.  If not, I bet they are ok and will find their own way to get fed.

I will never be perfect as my heavenly Father is perfect but I think the point of this journey is to keep trying.  If something from my past is causing me to be less than my best but I refuse to do the work necessary to heal that wound then I cannot expect people to see me as anything other than pathetic.

However, if I have found Truth and I take the sharing of that Truth seriously?  I cannot stop doing that; rather, I can find ways to do it better and I can put the results into the Hands of Jesus Christ.  I scan the horizon for them.  I stand ready to run to greet them.  I trust that God will guide them and I hope that at some point in their lives they will be open to that guidance.

Two women I know are struggling and only one is willing to do the work.

I can make a safe bet as to which one is going to start sleeping better at night.

Prayers for both. Thank you for sharing your truth and how you walked through it. I want to live today. I will follow your lead ❤

I am praying right now for you and the two people you mention. 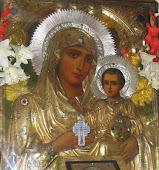 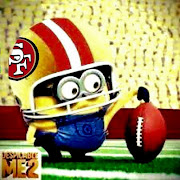